There are many ways or methods of calling people to carry out the call of worship. One of them is barazanji tradition which is routinely held every Friday night after congregational magrib prayer. This routine agenda is a practice that has been hereditary practiced by the scholars as an effort to sing'arkan Islam.This is in order to facilitate the community in practicing the concept of ritual and social worship. There is something different when the practice is compared to what is common in other areas. In the middle of the reading of the barzanji text, there is a sacred moment called mahallul qiyam (asarakah), where participants are required to stand with a condescending attitude. This symbolic expression is summarized by the presence of fruits such as bananas, langsat, mangoes, and rambutan, as one of the most important parts of the activity and the fruit will be distributed to the pilgrims after the reading of the barzanji prayer. No one knows exactly when this tradition began and why it should be the fruit presented in the practice. Most importantly, however, there are symbolic values that give the noble impression that the scholars of the past in giving open access to convey the teachings of Islam, not only by means of scriptual or fundamentalist methods, also do not ignore the social apsek of the society that surrounds it, but the two are integrated in the frame of Islamic culture and spiritual values. 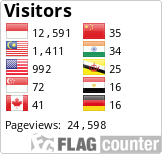